Let yourself be heard in our official polls!
Locked
95 posts 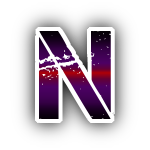 Eater wrote:transparency in a gif doesn't work out. Ever.

Which tells you how much I know about GIFs, NOTHING.

One last day of voting *All vote on a shit one*

I don't know why I'm posting this, lol.

But still, 6 is a good one.
I am currently being tortured physically, mentally and spiritually by Rapsey. I face this abuse so you do not have to receive it. I am dying inside for your sins.
Top

The banner competition is hereby over! I would like to thank all participants for taking the time to creating a new banner for PkHonor. There are many great ones, but of course only one can win.

Considering we will soon be launching an advertisement campaign which focuses on construction, we will currently use banner #2 for that, since it shows a proper screenshot of the skill. Later on, we will use #4 for our banner.

There are however a few improvements we'd like to see on both banners. I would like for the winners to mail me so that we can further discuss how the banners should be edited for the final release.
Top

Thread has hereby been locked, thank you to all who participated, I will see you soon, regarding another competition perhaps.

Good work all of you, and thanks again.