Let yourself be heard in our official polls!
Post Reply
17 posts

The decrease in ddefenders would be accounted for with an item that literally does the same thing. No one PKs so players are basically always going to use their BiS gear everywhere. No one PKs in general so it wont lead to an even bigger decrease in the use of a ddef. It's not like the item wont be used. It will have very little effect aside from people buying a defender for a ridiculous price because they got the hilt as a drop so they can get it quickly. That won't change if the ddef is 40m or 400m.

It's like saying we were going to have a whip-crisis because of the kraken being released back in the day. The lack of ddefs has nothing to do with the HILT being destroyed or not.

It's an entirely different issue and bitching about different issues, making them appear as real issues for the upcoming content, is only postponing its release. Be happy that this content is nearing it's completion to begin with. This is a treat for the high tiered PVMers to keep them sweet and give the new players a goal to work towards. Once that's done, we can bitch about stuff for new players when it's the topic of the discussion
Been feeding Robert my titty milk since year 293 after the conquest
Top

Ddef is supposed to be meta for veng pking, but no one uses it because of the accessibility. I feel like this topic has been talked about before in the "pking committee" group, but it should just be dropped from warriors guild.

I think this is being extreme. It would take a few variables before it becomes a real issue:
Anyways, my opinion is while the dragon defender is dropped from KQ and remains as a high priced tradeable, let avernic and the dragon defender both remain in game when disassembled.

If the avernic is made so it disappears upon being disassembled, no right minded person would dare disassemble it. At the release of ToB, we definitely don’t need items leaving the game. Get them into the game, get the prices stabilized.

Additionally, what needs to happen is dragon defenders need to be moved from KQ over to cyclops. Dragon defenders should either be made untradeable or remain as a tradeable item, but the price needs to drop a substantial amount.

If made untradeable, the broken upon death system should be added and avernic should revert to being destroyed on disassembly. There’s no reason for anyone to have more than 1 avernic unless they’re PKing above lvl 30 wilderness. This way, avernics will continue to be traded to players who need them, rather than players hoarding them for whatever reason, unless they’re a deep wildly pker where it would make sense.

If dragon defenders are left tradeable, then let the hilt be removeable without being destroyed. Or, make avernic defender tradeable as well. It doesn’t make sense to have some defenders tradeable and others not.

Yes!!! This has been my gripe for a long time. Nerf Nerf Nerf.. make everything harder than it needs to be... While at the same time player base remains stagnant or drops. People have busier lives/kids etc.
Top

Yes!!! This has been my gripe for a long time. Nerf Nerf Nerf.. make everything harder than it needs to be... While at the same time player base remains stagnant or drops. People have busier lives/kids etc.

Yep. When you need to balance something, that is one thing. But punishing people just for the sake of punishing them is stupid.
I fucking love Thoby.. 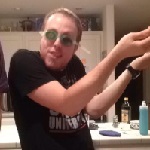 This way players can use the Avernic defender as a best inslot for pking without adding a 8-10b risk while at the same time making the dragon defender more accessible to new players looking to begin pking.

The dragon defender imo should be an untradable item aswell