Business is both the longest running and most active clan in Pkhonor. We focus mainly on pvming, skilling and chilling, but a little bit of pvp content is always apreciated.

The requirement to join this clan chat is to have at least a max cape and around 50B of wealth in your bank. You can however still be accepted if you are to be recruited by an lieutenant+.

[NOTICE] We do not reply on our thread if an applicant gets accepted or not. If you are to be accepted, you will receive a private message in game from "Business" in order to confirm your acceptance. If you haven't received any private messages because you were not online when "Business" was ranking up new recruits, then attempt to join the clan chat. If you're still not allowed to join after a few days since your application was posted, then you've probably been rejected.

Applications for promotions are to be private messaged to Business on the Pkhonor forums with the title "Promotion".

1. Show some leadership skills and maturity.

2. Activity in the clan chat.

5. Making the clan look good as a whole.

6. Not begging to be promoted.

Must have at least 3 recruits.
OR
Must have spent at least 25 hours in the clan and be actively helping and pvming with clan members.

Must have at least 8 recruits.
Must be highly active in the clan.
Must have spent atleast 60 hours in the clan.

Must have at least 25 recruits.
Must host pvming events on a regular basis and be highly active within the clan overall.
Lieutenants must undergo trial, which will need to be approved by all star ranks.
OR
Lieutenants can be hand picked by the generals. They still need to undergo a trial period.

1. Pkhonor rules must be followed at all times. If you notice a clan member breaking clan rules take a screenshot and make a report on the forums. Evidence should also be private messaged to a general so the player can be removed from the clan .

2. You are not allowed to be part of another well known pvm clan. If you are found hopping between clans you will be banned. You may join smaller clans of friends, but be aware that if another business member is present whilst pvming, you are required to re-join business cc.

3. If you go completely inactive in-game you will be removed from the friends list. You may ask a general to be re-added upon your return.

4. Being rude to other Pkhonor players is not a good thing. We like to boost the appearance of the clan chat to recruit others instead of making us look bad.[/b]

5. You are not allowed to leave the clan in an attempt to crash clan members and receive all loot from a boss. We do not enforce a crash rule relating to another member preventing you from completing a slayer task since loot will still be shared equally. We do however encourage members to let the first player at a boss complete their task before the next.

6. If you wish to fight a clan member in the wilderness you must ask first! Only once both players agree to fight can you attack someone. Attacking a clan member without permission will result in a ban from the clan.

7.Clan advertisements are NOT allowed in yell unless you are a star rank. If you advertise business over yell you will be punished.

Lieutenants+ have the ability to kick and/or ban people who are lower than their rank if they break the rules of the clan.

Runettee wrote:I'm not much for clans to be honest, but this seems like more of a guild

It's Alright That You Made An Embarrassing Typo, Thanks For The Support Daan! Previous Clan(If any): Every single clan ever created. 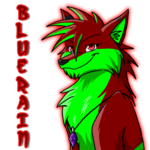 Real Name: Please pm me I don't want everyone knowing my irl name.

I believe Elite Hybrids got shut down so I don't mind joining another clan. 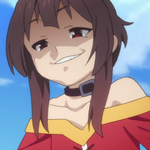 Previous Clan(If any): Do It All

P.S.S Don't fuck with the NCR!
P.S.S.S Ceo is a good friend, but Ceo is a troll! Dawgoo likes trolls!

::Timeplayed:
only about 40 hours on this acc but on my previouis accounts over 500 hours
Top
Post Reply
4516 posts