Do not be fooled by the mighty Nomad! Some say he his harder than Nex, the general of the god Zaros. With hard hitting melee and magic abilities, he can pack a punch! Not to mention his "special" attack that can deal damage for the majority of your health points. Stay focused and calm when trying to defeat him and remember to bring your best gear available. Follow these few simple steps below and you will be in perfect shape to take down the impossible. Prices vary. In order to access Nomad (if you wish to get a morph ring, that is), you are going to need to purchase and magic stone and build a magic chest. Magic stones often vary in price and can go from being 20 - 30B one week, to 50 - 60B the other.

Make sure you have pretty much every single 99 before thinking about facing Nomad. If you do not have 99 prayer, that's fine, but if you are able to purchase a magic stone, then getting 99 prayer should be a breeze.

Unless you are facing Nomad is Torva gear, I suggest you pack some patience in your lunch box for the day. Killing Nomad can take up to 5 - 10 minutes depending on your gear, and the chances of you getting a morph ring from the chest on your first try is possible, but unlikely.

~ 99 Construction:
To be able to build the Magic Chest you will need 99 construction. 3) If you wish to fight Nomad with a ranged setup then you will most likely need Pernix to defeat him. I attempted to use armadyl with a divine and a chaotic crossbow, and the attempt had failed several times.

[I do not recommend going any cheaper\lower than this. A divine spirit shield is a must, as you will be protecting from magic throughout the entirety of the fight, and Nomad deals melee damage too. Whip of Chaos is also a must, due to its speed and efficiency. I personally completed Nomad & achieved the ring via the second method as I was not rich enough to afford Torva.] Nomad has multiple attacks and "special attacks" Let us go into depth on what they are: Nomad will push his arms forth and cast a spell which could deal an immense amount of damage, but your divine and magic protection prayer should stop the majority, if not all, of the damage done.

Nomad will lunge his spear into the air and attempt to stab you with his weapon. Nomad will push you back and freeze you, so he can charge his special magic attack which will deal damage towards the majority of your health no matter what. Pot up with your brew when he is charging.

Nomad will essentially do the same as the regular melee attack, except he will lunge his spear at you 3 times consecutively in a fast manner. You immediately need to brew as this will most likely deal a good amount of damage

5) I would just like to add that there is a 5th attack, a magic attack, that hits considerably high, however there is no picture to provide as it is hard to capture. Nomad will summon black "flames" essentially and hit you. - Always keep your health around 700 - 800+. Nomad can unexpectedly rambo you and possibly kill you.
- Stay sharp and focused when attempting to kill Nomad. HE IS NOT AFKABLE!

- If you have not killed Nomad, and you are down to your last brew, I suggest you run. The brew is used incase Nomad freezes you as you walk out. Alternatively, you can bring a tele tab, but say Nomad is down to his last 2 hits, and you have 200 health. Would you run, or brew? It's a risk, but it can get the kill. But seriously.. run. Overall, Nomad is not that bad! If you stay sharp, keep your mind focused on the kill, he will not be that hard at all! It may be a 5 to 10 minute fight, but that shouldn't matter. Getting the Morph Ring does not take that long, and think about it... DEATH. Like.. c'mon! You can be DEATH in an RSPS!
So that's it! The guide is over! Good luck on getting the morph ring and happy nomading!
-Elite
suh dude
Top

Really nice guide, I'll be sure to use it if I can ever afford a magic stone lol.
Top

excellent guide, although i would switch bandos boots with dboots

Holy mother of god this is an amazing guide!

Feel free to send me a message, I'd gladly have a chat!

Thoby wrote:Holy mother of god this is an amazing guide!

Btw, Brawlers Gloves > Barrows Gloves.
You don't lose Brawler Gloves on death; and they give the same stats.

Just a small tip :3
Feel free to send me a message, I'd gladly have a chat! 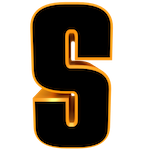 Mention it's smart to save your spec until 25%-40% of his HP is remaining since he begins to to attack much faster at this point and it's beneficial to kill him quicker towards the end.

It's also worth is to really practice on timing your brew sips with your weapon attacks, if you can get them on the same tick then you drink a brew and continue attacking without breaking animation with the brew giving you much higher DPS whilst keep your health high.