Good Friday guys! Hopefully you all had a wonderful summer (vacation), seeing as mine will end in a few days.
I certainly enjoyed it a lot, and hopefully you did too!
This time around, we will be discussing some ToB development and work on several player-made suggestions.
Alongside that, we want to discuss the expansion of a widely loved skill, so look forward to that!

But before we begin, first a good ‘ol disclaimer: the content highlighted in these blogs might not end up in the game.
They are a direct reflection of what we as developers are working on, although these might not be in line with what Rapsey and Mike think is good for the game.
After all, they get to decide which features end up in the game and which will not.
This (hopefully) will not always be the case though, and we aim to develop content that is in line with their vision.

Since the last development blog we have decided to work in our own custom algorithm for spawning the Nylocas in the 3rd Theatre of Blood room.
This will mean that development will be way less tedious for us, and it will not feel too different from a players perspective.
The only actual thing that will be different is the exact spawning locations for the Nylocas, but the quantity and speed will be extremely similar.

So we have mostly been working on the combat between the Nylocas and the pillars.
This is a bit more complex, seeing as Npcs usually do not fight other Npcs.
However, we have accomplished something similar before in the Godwars Dungeon.
There, Npcs also battle other Npcs from different camps.
So we are reusing some functionality from that, and adding in new functionality for the different behaviours of each of the Nylocas.

Aside from that, we’ve also laid some groundwork for spawning them in a specific order.
However, this will probably take a lot of tweaking and balancing until it’s just right.
That’s all I can say about it now, but we sure have our hands full

Sidenote: we also added some debug functionalities that can be used to quickly maneuver the Theatre and its bosses.
These can later also be used by the testers, once all rooms are added. 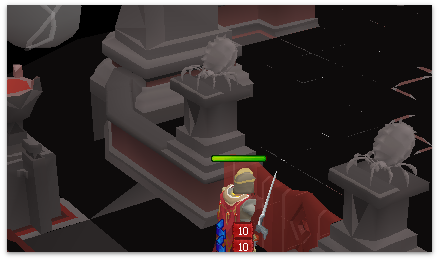 An update that was discussed in one of our developers blogs, was the Kill Count Log.
This is a system designed to be the answer to more efficiently working with the kill counts for specific npcs / events.
This required us to heavily rewrite existing code and design a completely new system, which we managed to do.
We have made quite some progress in finalizing it, and also managed to add in a highscore feature.
When clicking on one of the lines in the book, a menu will be shown with options to:
Also, some more graphical changes were made to further perfect the visual representation of the kill count.
The easy, medium, hard, elite and master caskets have also been added- and will be sorted separately from the rest of the npc killcount.
They will be sorted together with other miscellaneous entries, like Barrows Chests and Pest Control games.

This update is completely done from our side, so it only has to be reviewed and finalized before entering the game!
Look forward to more easily tracking your kills and competing for the #1 spot.

As suggested by Adam, we have looked into developing a new custom demi-boss: the Evil Chicken!
You think I’m kidding? Of course not, this new demi-boss fires rapid magic attacks, piercing right through your prayer.
As a matter of fact, praying against the Evil Chicken will only power up its magic more.

Due to the secret nature of the Evil Chicken, we will try to make the players find out all about it once the update releases.
Before then, we will not say anything about all its mysteries and certainly not about his top secret lair. 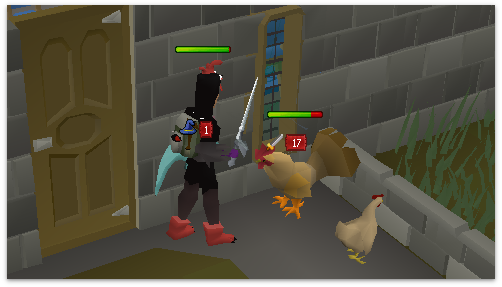 As suggested by The Underdog, we have looked into saving the contents of storage items to bank presets.
Currently, when saving a preset, it discards the runes in a Rune pouch, the coal in a Coal bag and the essence in an Essence pouch.
This made using the Rune pouch less ideal, seeing as the runes have to separately be added into the pouch- blocking pkers from running into combat within a click.

However, this problem was quite complex to tackle, due to the nature of double-layered storage.
As I explained on the suggestion thread:


Thoby wrote:To give you a small explanation of the difference: imagine that currently 28 x 2 values are stored: 28 for the item-ids and 28 for the corresponding quantities.
To achieve items storing items, there has to be a completely new dimension added. Cause items can store new item-ids and amounts.
But not just a single one (looking at the rune-pouch for example, where 3 runes can be stored), but it has to store multiple (which creates a fully new layer).
This is a nightmare from a data-storage perspective, especially to do this efficiently.

Overall it's more complex than it might seem to a lot of you.
Achieving something 'small' like this would take surprisingly much development-time that can be prioritized differently

However, due to the veto of a persistent player (not encouraging it), we have set aside our work to tackle this.
Thanks to Mike’s help we were able to design and implement a system where these storage items would be saved to the presets, and quickly loaded.

So in this update, the contents of the Rune pouch, Coal bag and Essence pouch (all types) are saved to a bank preset!
Look forward to this entering the game any time soon!

We recognize that Slayer is one of the most beloved skills we have to offer, so we are discussing and brainstorming about a Slayer Expansion!
Currently, the Slayer points are not really useful for anything special- aside from a few items in the shop and the Morph ring.

So we would want to change that! Adding in a load of new unlockables and tiered systems, where you can spend all of your points on rewards.
These unlockables would range from adding a small increased chance on clue scroll drop rates from your assigned task, to superior slayer monsters and new slayer creatures.
With this, the OSRS slayer interface, to give the make it easier for players to navigate all their Slayer information.
Also, we want to look into adding extra slots for blocking Slayer tasks- increasing it further.

We would also want to look into adding a Wilderness-only slayer master, as suggested by James. With some extra rewards.

And last but not least, this expansion would add in Partnered Slayer: by using an Enchanted Gem players can invite others to join forces on a Slayer task.
Both players will receive the same slayer task, with double the amount of assigned kills.
The amount of kills is shared between the partners. Killing an assigned monsters will take 1 from the KC for both players.

When both players are actively killing the same type of monster near each other (like Abyssal demons for example), it’s possible that some experience and points will be received from each others kills.
These will be a bonus, and won’t take away from the killer.

So prepare yourself for more Slayer! The exact unlockables / perks will be discussed in detail at a later point.

And that’s all for today! If you have any questions, feedback or suggestions, let me know below.
I’d love to discuss ideas and input from you guys! Alternatively, feel free to shoot me a PM or a message through Discord.

Thanks, and have a wonderful day!
Feel free to send me a message, I'd gladly have a chat!

Thank you and god bless you for all of that.
Top

Amazing all around. It's great to see devs implementing so many things the community has been asking for!

Will all existing kill counts be transferred?


Thoby wrote:As a matter of fact, praying against the Evil Chicken will only power up its magic more.


Thoby wrote:Due to the secret nature of the Evil Chicken, we will try to make the players find out all about it once the update releases.
Before then, we will not say anything about all its mysteries and certainly not about his top secret lair.

Great decision. Go wild with creativity on the mechanics. Custom bosses are really our chance to be as creative and different from OSRS as possible.

Here is what should be done. Allow Regular players to use the first 5 block slots that are currently only available to premium players. These should probably stay free. Then Introduce 5 additional block slots, 3 of which require Donator Status, and 2 of which require premium. These will cost slayer points to use each time you want to block a task. So the entire list would look something like this.

Thoby wrote:We would also want to look into adding a Wilderness-only slayer master, as suggested by James. With some extra rewards.

I like the Idea of replacing Duradel with the Wilderness only master. 6 masters is kind of a lot, and I never thought that elite+wildy made much sense. However, probably best to hash out all the options on some poll thread.
I fucking love Thoby..

Excellent status updates. Love seeing the ingame suggestions section is being heard from our glorious developers!!

Keep up the great work!
Top

It works only for pleb moderators - you.

Great work Thoby as always, keep it up, you, the devs and Mike! Any news on the arclight improvements?