Time for yet another unpopular poll: rebalancing (read: nerfing) our Chaotic weapons. More specifically: the Chaotic crossbow, rapier and maul.

The Armadyl crossbow in February 2016, the Ghrazi rapier in November 2019 and now the Elder maul with the upcoming Chambers of Xeric, all of them are outclassed by the chaotic equipment that has been a part of the server since at least 2013 - the Chaotic crossbow is stronger than the Armadyl crossbow (although the ACB triggers bolt specials more often) and the Chaotic rapier and Chaotic maul outperform the Ghrazi rapier and Elder maul in every single way.

We have always been reluctant to nerf existing items because we didn't want to anger or disappoint those players who worked hard to get these items. It's also hard to know what the best course of action is. Being an OSRS server with some pre-eoc RS3 content presents us with some tough decisions to make.

I would like to extend my thanks to the numerous players who have participated in these discussions, and after a lot of weighing of all possible choices I believe we are ready (and way overdue) to make a final decision about these items. The basic idea is that each top tier weapon should have a proper use and there isn't simply one that is the best in every situation.

Please note that this poll is only meant to get an idea of how the community feels about these changes. It is still up to us to make the final decision, even if it is the unpopular choice, but we definitely want to take into account the community's feedback. Any input or suggestions about minor stat changes are always welcome.

The proposed changes are as follows:

This change still makes the Chaotic crossbow stronger than any other crossbow, but the Armadyl crossbow offers a higher chance to trigger enchanted bolt effects and has a special attack.

With this change, the Chaotic maul still has the highest max hit but a slightly lower accuracy than the Elder maul, making it more suited against enemies with a low defence, while the Elder maul becomes better suited against enemies with a high defence. It also presents an interesting choice in PvP situations: a lower chance to hit more damage, or a higher chance to hit less damage?


Alternatively, but perhaps less ideally, the Chaotic crossbow, rapier and maul could become degradeable versions of the Armadyl crossbow / Ghrazi rapier / Elder maul, where we give them the exact same stats (and effects, if any) but they degrade over time. I''m personally not really in favor of this, as I do believe that having each top tier equipment being suited for one specific situation is the preferred way to go.

At present I see little reason to change the Chaotic staff or longsword, as the Kodai wand already has a higher magic attack (+28) than the Chaotic staff (+18) while both giving a +15% magic damage bonus. The Vesta's longsword is only very slightly weaker than the Chaotic longsword but compensates by having a strong special attack. I know, we may want to consider rebalancing the Statius and Vesta weapons as well, but let's leave those for another poll for now.

Please let us know what you think and if we should make any (minor) adjustments to the proposed changes.
Top


Considering these chaotic weapons are obtainable within 3 hours of starting your account, all the three above.
They should be lowered even more to actually make getting these significantly rarer weapons more worth it.

This would also nicely balance PvPing to the next level since using chaotic crossbow wouldn't be the meta anymore, and people would have to risk atleast an armadyl crossbow in order to obtain some better range bonus.

As you mentioned that chaotic staff and longsword should NOT be changed, i beg to differ on the longsword, thing is incredibly overpowered for lower level ironmen at ToB for instance, though it is a slower weapon than rapier, it hits massive on bosses like Nylocas.
This is not so major, but would be nice change of phase.

Other than that, good proposal and a great thread overall!
Nice to see you making these changes. <3
Top

Move chaotics to the bounty hunter store maybe.
I just don't like a nerf, it's fine with me if these items are harder to obtain. Like making chaotics only usable after using the respective cox/tob/acb item on it.

The 'problem' here is we're trying to force new content to have a place in the meta and eco because reasons.
We can make cox profitable enough with other means and just toss the new shit in the server whether it finds it's place or not doesn't matter then right. Just like we did with everything else, that went alright too. Not like tobbers are broke bois because the rapier isn't meta. We don't have to copy osrs rewards, throw other stuff in there like rare cosmetics or things we still need to implement like Gmaul clamp. Doesn't have to make complete sense.


Mike wrote: ↑
Wed Dec 29, 2021 8:27 pm
The basic idea is that each top tier weapon should have a proper use and there isn't simply one that is the best in every situation.

Like this is all fun and games, but at the end of the day it's not a realistic goal imo. We also must not forget this is a private server, we shouldn't even want to force the osrs meta upon us even if it's possible. Everyone has free 99 defence and 99 magic(magic defense) with free tank gear will that also be nerfed along with a meta weapon nerf? Lots of things to consider. A lot of us are here for ez scape, including a big part of the non forum vet part of the community that hasn't a bunch of cox friends.
Last edited by The underdog on Wed Dec 29, 2021 9:39 pm, edited 7 times in total.

Iron reck wrote: ↑
Wed Dec 29, 2021 9:35 pm
The problem I see with nerfing ccb is how little it will hit in pvp with it already being fairly inaccurate

and thats a good thing!
Top

Nerf chaotics further more. each weapon of the chaotics is 20-30 mins of lost souls which is too easy, while ghrazi is a whole Theatre of blood reward, same goes for acb . quite a grind relatively to chaotics.

Iron reck wrote: ↑
Wed Dec 29, 2021 9:35 pm
The problem I see with nerfing ccb is how little it will hit in pvp with it already being fairly inaccurate

In all honesty i disagree with both of these, early/mid 2021 we had mage buff, because it was sooo unbalanced with how overpowered range is in pvp, so magic defence was dropped from 100% to 70% (not sure if i remember these percentages correctly so correct me if im wrong)

But long story short range is not inaccurate at all.
Top 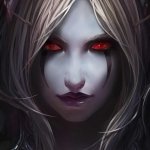 leave as is just make harder to get lol

ccb only decent option for pking dcb is ass in comparison and harder to get, range already sucks in pvp, not every osrs addition needs to be bis