All of PkHonor's news will be posted here.
Post Reply
44 posts

I know that everyone is really excited about our next major upcoming feature: the Chambers of Xeric. However, development on this new addition has stalled recently. After doing a whole lot of work to get the framework for the chambers done, actually implementing every single room is a task where we hardly know where to begin and haven't found the courage to start on yet. Not to worry, it's still coming in the near future, just not as fast as we'd all hoped.

At least there is one piece of good news that I can bring today, which is that I have once again updated our cache to the most recent version of OSRS, allowing us to add new features that have been introduced in OSRS in the past year.
Because of this cache update, we are now working on two more additions that our community are most certainly looking forward to: The Nightmare of Ashihama (who is known to drop Nightmare staffs and Inquisitor equipment) and the Basilisk Knights (that are known to drop Basilisk jaws to create the Neitiznot faceguard). We'll also be sure to add the Gauntlet in a future update (after CoX and the Inferno).

However, before we actually release this new cache on our live server, I first want to make sure that everything in the game still works as intended. To that end, I have set up a new test server which you can access by downloading our latest stand-alone testclient here: link.

This cache update has brought a lot of changes in NPC ID's and obect ID's, as well as some parts of the world map since the last time we did this kind of major cache update in May 2019. That's why we are organizing a bughunter contest on our testserver to ensure there will be no bugs when we release the new cache on the live server.

To participate, simply download our portable testclient and test as many of our current features as possible to see if anything has stopped working because of the new cache. If you find any bugs (that are otherwise not a bug on the live server), please report it as a reply on this topic. Make sure to include your game username in one of your bug reports so I know where to add the credits at the end of the contest.
The most important things to look for are objects (PoH furniture, rocks, trees, banks, just to name some), NPC's (wrong spawns, wrong drops, NPC's you cannot properly interact with ...) and noclipping checks that might have become broken.

Please note that this new cache brings no actual changes to the game yet. It's simply a necessary preparation so that we can start adding new features, such as the Nightmare of Ashihama, Basilisk Knights and the Gauntlet.

A couple of things to test (so you have an idea what to look for):
Spoiler: show
Some useful commands on the testserver:
Spoiler: show
::item <itemid> <amount> (spawn items with id itemid). Check our items list to get the ID's of items, or use the ::item command with (part of) an item name as argument to find ID's. For example '::item cannon' will list all items with their ID that have 'cannon' in the name
Note that the items from OSRS that we don't have available on PkHonor yet (such as the twisted bow) don't work properly yet. So no need to report bugs related to items that can only be obtained by spawning.
::adminset (spawn really strong items)
::master (get level 99 in all skills)
::noob (set all skills to 1)
::tele <x> <y> (teleport to x y)
::xplus <x> (move x squares east)
::xmin <x> (move x squares west)
::yplus <y> (move y squares north)
::ymin <y> (move y squares south)
::spec (restore spec bar)
::food (spawn rocktails)
::pkpoints (give yourself 500 pkpoints)
::slaypoints (give yourself 500 slayer points)
::ancient (switch to the ancient spellbook)
::lunar (switch to the lunar spellbook)
::normal (switch to the regular spellbook)
::prayer (switch between regular prayerbook & ancient curses)
::pray (regain full prayer points)
::bank (bank anywhere)
::xrich (spawn max coin stack)
::strset (spawn some melee items)
::rangeset (spawn some ranger items)
::ach (to complete or reset all achievements)
::q1, ::q2 and ::q3 (to complete or reset the quests Pest Invasion, The Last Journey and Correcting History)
The contest will be ongoing until 11 July 2020, unless new bugs are still being reported close to the deadline, in which case we may extend it. 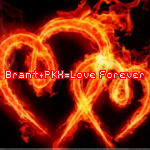 Please remove summoning from skills if its possible this time
Top

That doesn't require a cache update, just an update to our skill interface. It's something that's on our to-tod list.
Top

Client doesn't work for me. This is what I get when I log in : 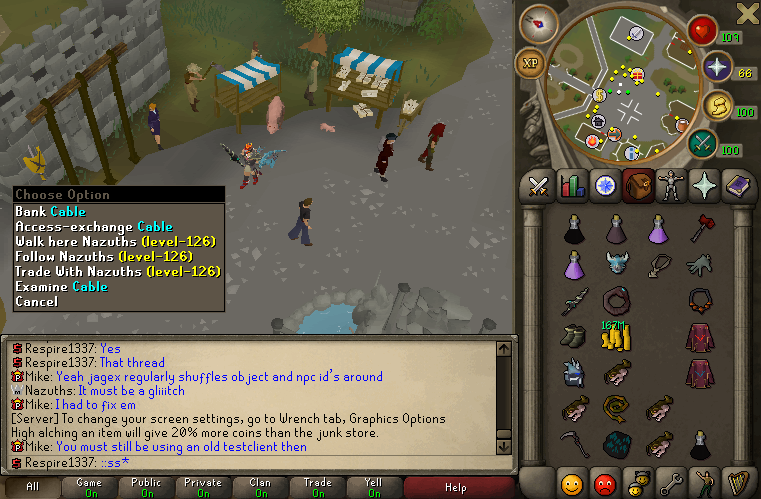 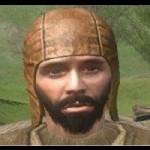 New weapons like the nightmare staff and mace and also bod, make your head glitch, turn you invisible when walking and also make you become null. This all happens after killing or attacking an npc. Attack another npc in this state will cause it to be undone.
Last edited by Thierryu1 on Sat Jul 11, 2020 4:47 pm, edited 1 time in total.
It's almost harvesting season!
Top

Bzink00 - You can't walk out of the tower at woodcutting 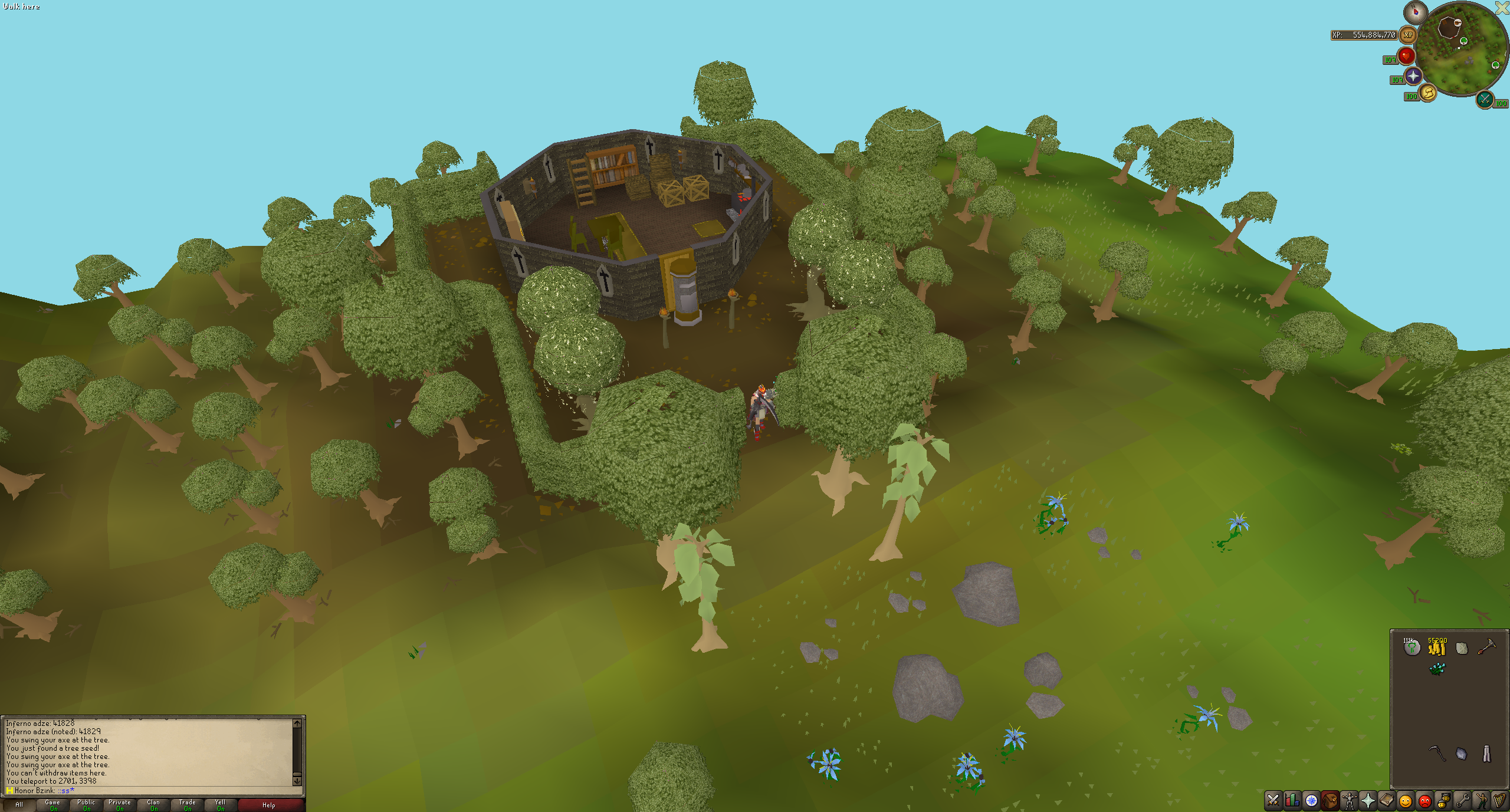 When reanimating at the warriors guild your players head does the same animation as the armour you spawn. And when you walk or run you go completley invisible and cant be seen or clicked on. Does reset once teleported.

The animation for catching imps, butterflies, using any sword, claws, mace, axe, warhammer and a few staves is glitched.
Top