All of PkHonor's news will be posted here.
Post Reply
31 posts

@Rapsey i noticed mike had put that he can guarantee none of these items will be sold for the next 6 months, are we able to get a longer time line to ensure the value of these? Maybe such as 2 years for these items? Especially legends being the meta for ultra rares, I still stand by what I said previously that I think there should have only been 5-7 introduced.

Side note: not 1 wooden has sold, was this expected that none would sell until the grains and legends had sold out? Would it be possible to get the number of woodens lowered to 5 to also ensure the value and rarity of it aswell.

I also agree, buying a legends at market price 2-4T would be insane right now as it’s in shops, however once all sold out I’m positive there will not be a person selling for less then 2T.

I really think these ultra rare sales are good for the owners, good for the economy and players as a general, it opens up a lot of market fluctuation and allows people the chance to afford them by donating IRL. And or making profit by donating IRL because the donor credits are actually worth a fair amount to donate for. I do however think there was “to many” released this time around but it’s a learning curve, I’m sure if there was 2 of each released then people would complain that it was bought out by merchers hoarding etc. Maybe a good idea next time would be a timed sale.
With that being said I think a sale every 6-12 months is good, with items being rotated every 2-3 years, I.e. December 2019 legends : woodens then you get a guarantee you won’t see either until atleast December 2021/ June 2021

Iron adam wrote: ↑
Tue Dec 24, 2019 6:41 pm
Has a single legends cape even been sold from player to player within the past 2 years? I have never actually seen someone that actually bought one in this 1t+ price range

No one would sell me for 2.5t-3.5t. Everyone wanted 5t which was ridiculous.

was kind of asking ramsey. didnt ask you village folks 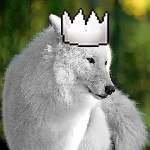 Lieven wrote: ↑
Tue Dec 24, 2019 7:53 am
Thats what you get for sitting on rares and refusing to trade them for reasonable prices.

This. Lock and archive thread gg

yes that was the joke xD gz moneys you win

Legends have changed hands. Clearly they were bought or staked against their perceived value, anything else would've been banned. I can tell you this for certain because A Unknown's account age is less than 2 years, and yet he has a legends. Meatpocket and Trijicon also got their hands on legends in the past 2 years. I guess if Rapsey wants to clarify that then ok but it's kind of obvious they have been sold or staked at increasingly high prices

yes that was the joke xD gz moneys you win

Yes brother and you =adman so you should know..